skip to main | skip to sidebar

Seriously, I need sleep. But that's not all. Previously I mentioned another national act possibly coming for the November 4th Buzzsaw show (scroll down for a refresher). Well . . . the rumors are true. Opening the show is going to be racket pop (i heard somone on the street use that . . .) group I NEED SLEEP!
Check out I Need Sleep on their Myspace

Thanks to the informative article linked above I became informed of the Ithaca Times' own weblogs: Popcorn Youth, a running discussion of the arts and entertainment happenings of ithaca, and dirty life and Times, kick-ass commentary on pretty much everything written by Buzzsaw-alum Bryan Chambala. Want proof? I found his first 3 Buzzsaw articles in the hallowed vaults here, here and here. That's right, read the Times without fear; it's all in the family.

-MoC
Written by buzzsaw at 4:07 PM No comments:

Boys and Girls in Ithaca

Here is a rather unimpressive review of the newest cd by indie-rock loverboys THE HOLD STEADY! In light of its mediocrity, I cut it from the magazine so we could have more delicious pictures! On a side note, the newest edition of Buzzsaw Haircut, loveably titled "The Election Issue," will be in your grubby hands Thursday of next week! That's November 2nd by my caluculations. Just 2 days before our biggest Buzzsaw Haircut sponsored concert yet. Here's the details:

There may possibly be one more band opening up (yes, another national act, I know unimaginable!) so check here this weekend for more info. Like I promised here's the review! More online only content to come! 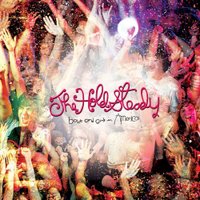 The Hold Steady Boys and Girls in America (Vagrant, 2006)
Budweiser-bar guitar splashed with frantic (beat poetry) gutter ramblings from the Twin Cites. I’ve gotta say this album is much more melodic than their past records, Craig Finn still yells like Allen Ginsberg on cocaine wearing a Peter Sellers mask, reminding you of everyone in Shit City, New York and all the times you felt connected and lost. Your best friend’s parents are out of town: there’s someone screaming with her boyfriend in the front yard, then everyone’s making out in the bathroom, then everyone’s pouring Genny Light into their mouths, then everyone’s passed out, someone’s getting garbage plates and someone can’t find their keys. I had to put on my copy of Born to Run to remind myself where we got these ideas from before this album came out (Ed. The Springsteen reference reflects more of a critical consensus than it does this particular writer’s actual experience). Every tragedy and victory of your life, of your mistakes and missteps, all in stereophonic sound. It’s the Boss’ world, we’re just living in it. –AF

Listen to the Hold steady here
Go to their webpage here
Search for a real review here
Written by buzzsaw at 6:58 PM No comments:

How's it going everyone? So, Buzzsaw's back on the internet. We're going to be updating this blog regularly again, so check it often. In fact, you probably should make it your homepage. At least until our regular website gets redesigned. If you've got any comments, send them over to buzzsawhaircut at gmail.com . To start us off, and as a freaking sweet reward to you dedicated web people, here's three exclusive album reviews from our staff writers. 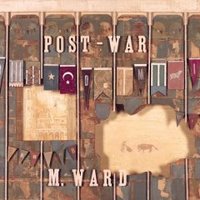 Disclaimer to Rock Against Bush followers: there’s no “Let’s Impeach the President” on this album. Despite the name of M. Ward’s latest release, the songs at hand address the issues that M. Ward fans would expect: the loss of friends, the women who toy with men’s hearts, and the search to answer all those questions that keep us up at night.

While the subject matter does not break any new ground, the music certainly does. M. Ward’s past albums mixed contemporary songs alongside tunes more reminiscent of a by-gone era. On Post-War though, Ward is finally able to combine these two types into one; ragtime, blues, and folk melt into alt-country and indie rock creating a beautiful amalgam of genres within each song. The arrangements on songs like “Right in the Head” are lush and sweeping, possibly because of production input from My Morning Jacket’s Jim James, without ever losing the grittiness of Ward’s earlier works. Ward’s trademark instrumental interludes are replaced by “Chinese Translation” and “Eyes on the Prize,” which maintain his characteristic meandering guitar work while including surprisingly catchy choruses.

While “Post-War” will surely satisfy those who’ve been listening since the beginning, it’ll also fit perfectly alongside blog-happy bands like The Decembrists and Spoon on the CD racks of new fans. One thing’s for sure though: when you see your hipster friend opting for over sized flannel instead of his usual skin-tight tee, you’ll know exactly what’s in his stereo. -John-Severin Napolillo 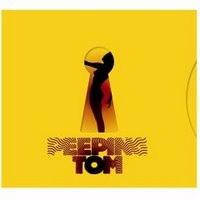 Anyone familiar with Mike Patton’s work knows that he’s no stranger to the avant-garde. In the late ‘80s he was fusing rock, rap, funk and other styles with his band Faith No More, almost a decade before that became popular. Since FNM’s disbanding, Patton has found a niche in the fringes of modern music with diverse, schizophrenic projects like Mr. Bungle and Lovage, combining elements from all over the musical spectrum. So naturally his fans were quite confused when he announced his new “pop” project, Peeping Tom. Was he joking? Being ironic? Was he really collaborating with Norah Jones?

The album does raise the question of Patton’s motivations. Listening to it makes one wonder if he’s making an ironic statement, or if he’s just broadening his horizons to a new audience. Is he quoting Britney Spears lyrics and spewing rock clichés on the first single, “Mojo,” to have a laugh at pop culture, or the fact that this album is the closest he’s ever been to it?

While Peeping Tom’s debut album maintains much of the genre-bending originality that makes Mike Patton stand out as a musician, it is also his most accessible work since his days with Faith No More. It’s an album of duets, with guest stars ranging all the way from Dan the Automator to Massive Attack to Rahzel (and the Norah Jones rumor was true too). While it may not be the best album he’s ever made (he set the bar high in 1999 with the Bungle album California), it’s still one of the most original albums released so far this year. - Josh MacMillin 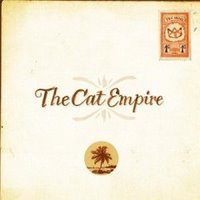 If I were to visually translate this Aussie six-piece band’s latest album, Two Shoes, in a Dali-esque fashion (something that should only be done in small, regulated doses), it’d probably be a guy in a tuxedo with a beach ball where his head ought to be. Effervescent as any self-respecting carbonated drink, the Cat Empire melds punctuated pop melodies with a big band sound while sprinkling in sweeping jazz riffs and plenty of summer between the lines.

“Sly,” the album’s spirited opener may not be much of a thinker (little of the album is, really) but it puts the Beach Boys to shame with its buoyant bonfire-on-the-sand feel. A “girls, sun, and surfing” song, this single’s sure to put a smile on your face in the dead of winter…so yeah, most of the school year.

If that doesn’t suit your tastes then perhaps “Two Shoes,” for which the album is named, will with its salsa beat and rolling ballroom dance story. Or maybe the pseudo-existential (not really) “Protons, Neutrons and Electrons” is more your style. In any case, this is a band with a sense of humor, rhythm and fun.

And of course if all else fails, their accents are delectable. Who doesn’t like being told they “tayste like vaniella?” -LuAnn Fong